This article aims to inform you of the variations between the VE models from 2006-2013. 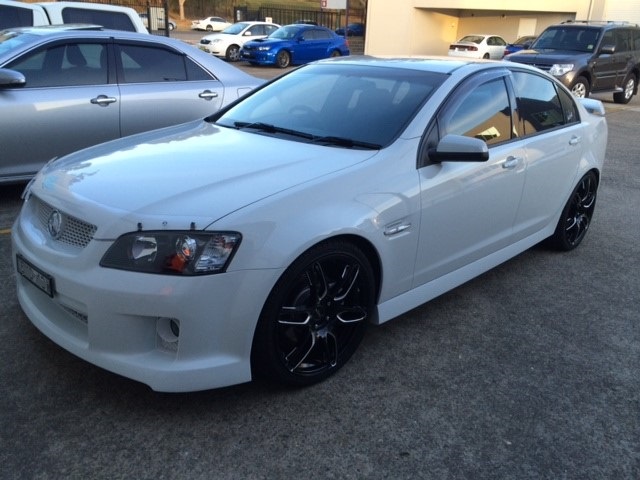 The earliest VE range in the Commodores used the L98 engine which is a 6L block the same as the LS2 used in the VZ HSV 297 but using the newer rectangular port heads which are called L92. The USA GM vehicles didn't use this engine combination. The HSV in the early VE used the LS2 engine and they are the 307 HSVs, these use the LS2 block and the older style heads using the best design ever released in a factory head casting 243 that had cathedral ports. The 243 heads do not flow as good as the L92 head so if these engines had the same camshaft the engine with the L92 would make more power. The 307 HSV had a better camshaft standard and that gave them a small power advantage although not as much as the 307 versus 270 badging suggested.

The next evolution of the HSV engine was to change to the LS3 which has a slightly bigger bore and is using LS3 heads which are pretty much the same as L92 heads but use lighter valves. This engine has been retained all the way to do the current VF in the HSV. Only the VF GTS has a different engine in the LSA.

The Holden Commodores with automatic gearboxes in around 2009 changed to the L76. This engine had hardware inside that made it so that the engine could run on 4 cylinders to save fuel. The manuals at that stage kept the L98. Other than that the L76 is the same as the L98.

Later in the Series II VE all of the Holden Commodores got the L77 engine which has the four-cylinder de-activation hardware even in the Manual gearbox models. The AFM technology is only active in the models with automatic gearboxes. The L77 tended to perform better than the L76 probably due to a better camshaft. The VF Holdens have stayed with the L77 engine until the series II where they changed to LS3 6.2L.

The early VE Commodores and HSV models had a clutch that was troublesome with slave cylinder related issues. The typical symptom is that when the car is driven with repeated high load the clutch pedal will stay down. If the user persists or if the engine is modded to make more power than standard the clutch will slip at high rpm and this will quickly wear out the clutch. There are many VE's with these clutches driving around with early stages of these problems without showing any apparent symptoms but give them more power, and it will become evident.  The later model VEs had the clutch changed to the LS& Corvette clutch and an improved slave.  Many early VEs with the problem clutch system had them replaced with the LS7 clutch under warranty.

The new LS7 clutch rarely presents any problems and even cars with superchargers and camshaft upgrades making over 400 rwkw seem to have few troubles.

The automatic gearbox in the VE V8 is the 6L80e, but its behaviors and problems have changed over time. The cars in the early models didn't blip on downshift when performed manually. These cars are the ones with the sport mode and traction control mode as buttons in front of the selector. The vehicles with the different arrangement which puts the car in sports mode when the stick is to the left all have blip on downshift active.

The earliest VE V8s all have an issue on cold start with the box slipping on the 2-3 shift the first time through the gears. This characteristic is typical for that year model so beware, the fix is reported to be with mechanical upgrades introduced into the later models.

The gearboxes seem to have become smoother and more precise as the model has progressed with the Series II performing much better than the early VEs.  These boxes can misbehave if underfilled with fluid or if during routine maintenance incorrect fluid has been used.

If you are planning on performance modifications, the VE models all respond very well from exhaust system especially headers. The VE Commodores have fundamental engine pipes and restrictive catalytic converters that do hold them back in power. The HSV models have headers, but they are only a little better in performance overall than the Commodore front system. HSV models often gain over 25 engine kw from a full exhaust system on top of an engine that is already custom tuned and has an OTR cold air intake. Often the HSV model can gain over 60 engine Kw from exhaust mods, OTR cold air intake, and a good custom tune.

The standard airboxes are all similarly restrictive these engines cry out for more cold air.

Camshaft upgrades for the L98, LS2, and LS3 engines best carried out combined with the installation of newer lifters, the AFM engined cars (L77/L76) also need a new valley plate and this add to the cost by about $250.  Once they have the cam upgrade the models with all the engines that have the L92 or LS3 heads end up making similar power. Some LS2 owners choose to use LS3 heads as an upgrade which involved the use of a different intake manifold as well, or they use good CNC ported LS2 heads instead (this is our preferred choice for LS2 307 owners)


Other gremlins to be aware of are: